From 2010 to 2016, Texas led the nation each year in population growth, adding more than 3 million people total in less than a decade, mostly in urban areas.

From electronics and appliances to clothing and fresh produce — almost everything we consume travels by truck at some point.

Interstate 35 is the Main Street of Texas for moving goods between three of the fastest growing cities in the nation. Sometimes known as the NAFTA Trade Corridor, it also connects Texas with our two biggest trading partners, Mexico and Canada.

A steady increase in international trade has no doubt played a role, but only 10 percent of the tonnage moving along Texas’ freight network is on its way to a destination outside of Texas.

Texas’ population is expected to grow from about 28 million people today to 39 million by 2045 — equal to about 1,000 new residents a day — with most of that growth in urban areas.

Increased congestion, truck tonnage, daily truck trips and truck-miles traveled on the Texas interstate system, coupled with population growth and other factors, will significantly constrain the efficient movement of freight and people throughout the state. Large stretches of interstate corridors are predicted to have inadequate Levels of Service (LOS) in 2045, including: I-35 from Laredo to Dallas-Fort Worth.

Central Texas is fortunate to have SH 130 as an alternate route to I-35 from Austin to San Antonio. The toll road isn’t an option for all commercial truck drivers due to the cost, but we are seeing more and more trucks choose to take toll roads all over the state to improve reliability.

Traffic congestion is more than an inconvenience. It’s estimated that congestion cost Texas industry $5 billion in 2015.

There are no easy answers for addressing congestion on I-35 and other major urban highways throughout Central Texas.

TxDOT has developed the Texas Freight Mobility Plan to address the needs of moving goods throughout the state.

The plan has identified policy, program and project recommendations, including 2,370 planned highway projects. These projects are estimated to cost $64.7 billion but only $24.5 billion of funding has been identified, leaving a $40.2 billion shortfall. Clearly there is still work to do, but TxDOT is committed to using this plan to help address the current and future demands on our infrastructure.

The focus moving forward is to work with both public and private sector stakeholders to implement these recommendations. TxDOT recognizes that collaboration and participation from all stakeholder groups is critical to successful implementation of the plan. Therefore, we will continue to meet with the Texas Freight Advisory Committee and other stakeholders to throughout the process to ensure implementation is successful. 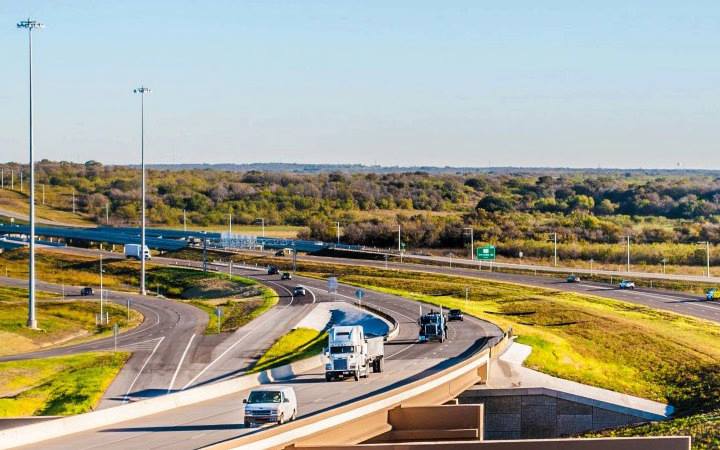