MUSTANG RIDGE, TEXAS (September 19, 2017) — SH 130 Concession Company, the private entity that operates and maintains the 41-mile southern section of State Highway 130, will launch a $60 million reconstruction project next month to fix pavement problems and improve ride quality along the roadway.

The yearlong project will impact approximately 5 percent of the facility. The roadway, which will be repaired and rebuilt in phases, will remain open throughout construction. The company will pay for all expenses at no cost to the public.

“SH 130 Concession Company is committed to providing a high-quality roadway that people enjoy driving,” said CEO Andy Bailey. “We are making a major investment to improve the driving experience for our customers, and we are committed to completing this work as safely and efficiently as possible.”

The southern section of SH 130 opened in late 2012. The company came under new ownership — led by entities affiliated with Strategic Value Partners, LLC — in June.

Under the repair and reconstruction plan reviewed and approved by TxDOT, the company will remove four to eight feet of soil beneath the roadway in the most severely impacted areas, replacing it with more stable material before repaving the road. In areas that have been less impacted to date but are still considered at risk for future problems, the company will install moisture membranes along the edge of the pavement to move moisture away from the roadway.

SH 130 has selected Central Texas-based general contractor Jordan Foster Construction to perform the work. Jordan Foster has a track record of successfully completing major road construction and reconstruction projects on time and within budget including the extension of Howard Lane in Travis County, the reconstruction of FM 76 in El Paso and safety improvements along SH 71 in Bee Cave.

SH 130 Concession will host an open house at its headquarters on Wednesday, September 27 from 2 p.m. to 7 p.m. to provide more information to the public and answer questions. Presentations will be given at 3 p.m. and 7 p.m. 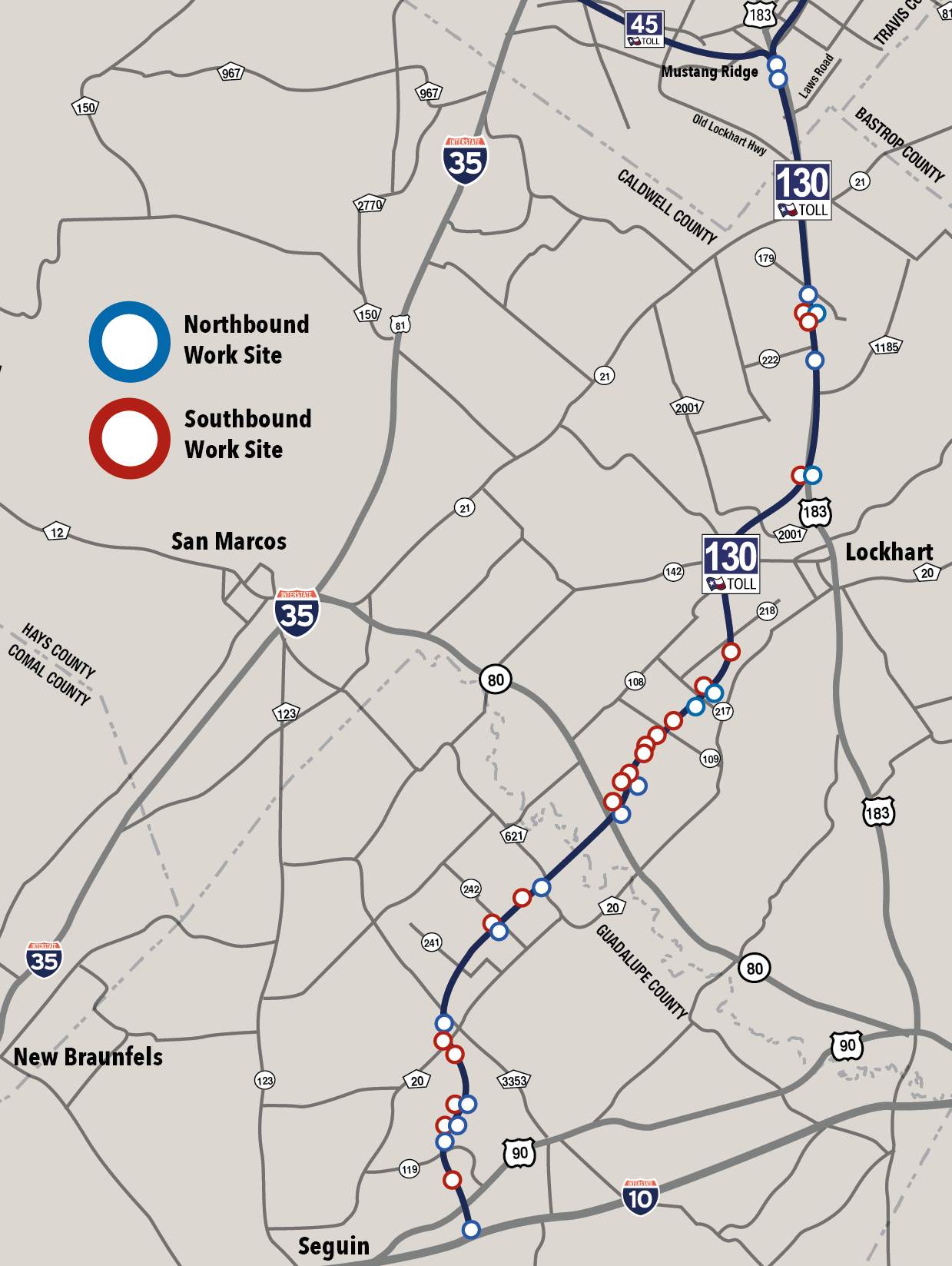 Updates On The Project

including current and upcoming lane closures, will be continuously provided throughout the project at mysh130.com